On 24 January 2020, the National Assembly of the Republic of Serbia adopted a new Trademark Law (the “Law”), which to a certain extent harmonizes the domestic legislation with international standards in this field. The Law came into force on 1 February 2020.

The key novelty of the Law is introduction of opposition in the examination of trademark application proceedings of the Intellectual Property Office of the Republic of Serbia (the “IPO”). The Serbian legislation thereby adopted the solution that has been present in the national legislations of most European countries for many years and which applies to the so-called European Community Trademark.

Namely, the Law provides for the possibility of filing an opposition if the sign seeking protection is identical to the business name or essential part thereof of the previously registered company, and that the goods and/or services of the former are identical to or similar with the goods and/or services that comprise the business activity of the previously registered company.

Trademark applications shall be published in the Official Gazette of the IPO, which is another novelty of the Law, as under the earlier law, only trademarks granted protection had been published. The proprietor of the earlier trademark is thus provided with an opportunity to promptly react by filing an opposition when it believes that its rights are infringed.

A significant novelty is the abolition of the graphical representation requirement of a sign to be protected by trademark. The purpose of this provision is to adapt the legal framework for the protection of trademarks to the capabilities of modern technology. Therefore, new types of trademarks that can be displayed electronically and submitted electronically, such as a sound mark, a motion mark, or a multimedia mark as a combination thereof, are now acceptable.

For more information about the Law, please contact us at office@pricapartners.com 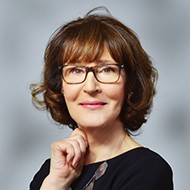