Given the circumstances and conditions of modern business and cross-border trade, the risks of misappropriation of trade secrets are constantly increasing, and for that reason the Law on Protection of Trade Secrets (hereinafter the “Law”) was enacted, which is harmonized with the relevant directives of the European Union. It is expected to have an impact on the potential reduction in the number of lawsuits related to the misappropriation of trade secrets. As stated in the explanation of the Law, the new rules should dissuade the competitors from unlawfully acquiring, using or disclosing trade secrets.

The Law specifies which information and under what conditions can be considered as a trade secret, as well as the cases in which the acquisition, use and disclosure of information representing a trade secret is considered lawful, and under what conditions unlawful. What is also important to mention are penalty payments. For non-compliance with the trade secret rules, there are fines to be imposed against legal entities, entrepreneurs and individuals. In case of an economic offence, the fines range from 50,000 to three million dinars; in case of a misdemeanor, they range from 20,000 to 500,000 dinars. In addition to industry and commerce, this also applies to the scientific research sector.

The Law provides that the following acquisition of a trade secret shall not be considered unlawful: independent discovery or creation; and/or observation, study, disassembly or testing of a product or object that has been made available to the public. Also, the acquisition of a trade secret and the appropriation of a trade secret by a journalist for the purpose of informing the public on issues of public importance, and/or disclosure by workers to their representatives as part of the legitimate exercise by those representatives of their functions, provided that such disclosure was necessary for that exercise, shall not be deemed unlawful. 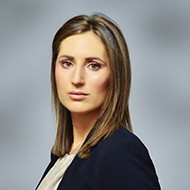 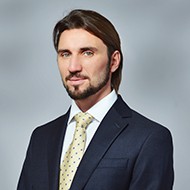