On the invitation of the National Alliance for Local Economic Development (NALED), representatives of Prica & Partners’ legal team, headed by a partner Danica Gligorijević, attended on October 26, 2016 the national conference on enhancing the competitiveness of Serbia, wherein the 2017 edition of the World Bank flagship publication Doing Business was released.

Senior officials of the Government of the Republic of Serbia, the World Bank, the Embassy of the Great Britain and NALED opened the conference. A panel discussion followed wherein the responsible ministers, representatives of relevant institutions as well as many experts presented their views on the next steps and priority reforms that await Serbia on the path towards achieving global competitiveness.

On this occasion it was announced that Serbia has climbed from the 59th to the 47th position in the just-released Doing Business list.

As a long-time contributor to the World Bank Doing Business publications members of our legal team in addition to attending the main event also participated in the short working panels. Associate Aleksdandar Andrejić and junior associate Jovana Obradović took part in the working panel on Enforcing contracts / Getting credit / Resolving insolvency, whilst junior associate Veljko Nesić participated at the panel Dealing with construction permits / Registering property / Getting electricity. All participants including representatives of ministries and professional communities together revised the existing action plan to improve Serbia’s position in the Doing Business list and defined the priority measures in the coming year. 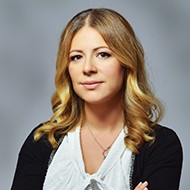