Since competence for state aid was transferred to the Montenegrin Agency for Protection of Competition back in 2018, it has been dealing with several cases, however, none as important as the state aid granted to national air carrier Montenegro Airlines.

Namely, like many other companies in the industry, Montenegrin carrier has been experiencing financial difficulties for some time now, and especially due to global spread of COVID-19, which has hit the airline particularly hard. What basically happened is that the Government wanted to fund Montenegro Airlines in the amount of cca Eur 150 million by rendering lex specialis, claiming that such funding did not represent state aid. On the other hand, the standpoint of the Agency, given under its official decision of September 2020, was that the Government did have to report/request approval of the state aid, notwithstanding the enactment of the law. The same standpoint was shared by EU delegation in Montenegro, which is in the accession process.

It is uncertain whether the Government has filed a complaint against such Agency’s decision with the Administrative Court, to which it is entitled, or it will accept the decision and comply with it. In any case, this is one of the brightest examples in the region where the political issue did not influence the administrative authorities. 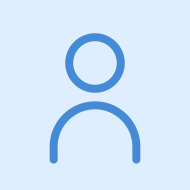