One of the topics of this year’s gathering was the proposed initiative for amendments and modifications to the Law on Protection of Competition.

Draft version of the proposed amendments and modification of the Law prepared by the working group formed at the recommendation of the Minister of Foreign and Domestic Trade and Telecommunications was presented. The public debate that followed has offered a number of new ideas and solutions which will be used to further the process of adoption of amendments. 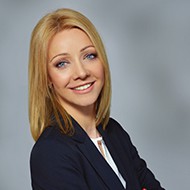