The new legislation is intended to solve the problem of insufficient growth in the share of electricity produced using renewable energy sources (“RES”) in the Gross Final Energy Consumption by eliminating the main causes preventing such increase. The previously set goal of the total share of the RES in the Gross Final Energy Consumption of 27%, has not been met, for several reasons identified by the Ministry in the justification of the draft Law on RES.

The aim of the Law on RES is to provide a legal framework that will create a stimulating business environment for a more dynamic investment in the RES sector in order to achieve goals set under public policy documents. The Law on RES and the subordinate legislations to be made under that legislation are aimed at creating legal certainty for investors in three key energy sectors relevant for RES: electricity, heating and cooling, and transport sector. This should help potential investors in obtaining more favorable funding for RES projects. The new legislation should also provide higher level of transparency, eliminate unnecessary administrative barriers through simplification of procedures and digitalization, and ensure a long-term profitability of investment in the RES sector. Finally, the draft will harmonize Serbian legislation with RED II directive (EU Directive 2018/2001 of the European Parliament and of the Council of 11 December 2018 on the promotion of the use of energy from renewable sources).

Amendments to the Energy Law introduce an Integrated National Energy and Climate Plan (“NECP”), in accordance with the Regulation (EU) 2018/1999 of the European Parliament and of the Council of 11 December 2018, and the Recommendation of the Ministerial Council of the Energy Community. The NECP is to be adopted by the end of 2021, and it will define the national targets in RES by 2030. Apart from amendments related to RES, amendments to the Energy Law also define “strategic energy projects” in electricity, gas and oil industry, as well as introduction of smart grids, as a priority thematic area to be developed. The Government shall provide in details the conditions for the development and interoperability of strategic energy projects. Finally, these amendments introduce a whole new chapter dedicated to the merging of organized electricity market with neighboring markets.

The Law on RES shall govern all matters related to RES in the future, instead of the Energy Law.  According to the analysis of effect of implementation of the Law on RES, as many as 15 subordinate legislations will be made within 3-6 months as of the enactment of the Law on RES to ensure its implementation. Apart from the subordinate legislation, local self-government units are entitled to provide incentives to investors engaged in construction/reconstruction, adaptation of buildings for which an alternative supply of electricity/heat from RES has been planned, as well as to provide non-refundable co-financing of such activities.

A yearly review/correction of the maximum market premium and feed-in tariff shall be conducted by the Energy Agency, by the end of December each year for the following year. Auctions will be conducted on the basis of available quota defined by the Government, defined in the NECP, Energy Development Strategies of the Republic of Serbia, and a program for implementing such Strategies.

For more information about the Law, please contact us at office@pricapartners.com. 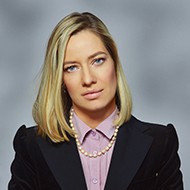